The Evolution of Hormone Balancing

Felicity Organics’ product formulation contains high quality, organic ingredients.  Everything grown is organic.  From seed to bottle, every detail and quality standard is on purpose and driven.

Our process results in a 100% Pure Form of CBD that is completely clear! You can’t see it and you won’t smell it!

Our “Secret Sauce” is a lab-tested nano-emulsified CBD that is up to 800% more bio-available and absorptive than conventional CBD oils.

Made in an FDA compliant Lab, our CBD and our entire products are made adhering to Good Manufacturing Practices.

Our Cream is infused with naturally grown hemp, free of all toxic pesticides, fungicides, fertilizers, and heavy metals.

CBD is Hemp based and like all plants is oil based. Our challenge is that when CBD oil is extracted, it’s not a good mix for a water based product.   The process of nano-emulsifying CBD reduces it particle size to more than a millionth of its normal size, thereby increasing absorption in the body.    What this means for you is our CBD ingredient dissolves immediately into our formulation, resulting in more bioavailability.  Bioavailability simply refers to the extent with which CBD can be absorbed by the body.

The Leading Edge of CBD

The process employs a nano-sized hydrophilic (water-loving) membrane around the fat-soluble nutrient that produces a formulation that is fast-acting, safe, and exceptionally bioavailable.

Key Advantages of our Nano-Emulsified CBD

Stability: Our formula improves the stability of CBD. The result is a longer shelf-life, due to the elimination of potential phase separation.

Versatility: Our nano-CBD easily absorbs in water and lipids, which means it is easily mixed in the formulation.

Concentration: Our formulation allows a larger payload of functional fatty acids, thus eliminating the problem of dosage limitation for many functional ingredients. What this means is a more efficient pairing of the ingredients 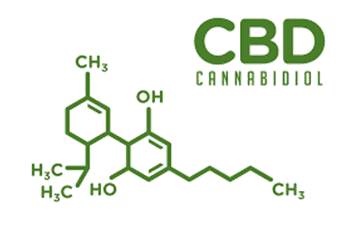 How Does CBD Work?

Cannabidiol (CBD) is one of the most prevalent cannabinoids found in hemp and cannabis.

The vast majority of these receptors are located in the brain, the central nervous system, and the immune system. Almost every organ in your body, including the skin and digestive tract, comes with cannabinoid receptors.

The endocannabinoid system controls a plethora of major biological functions, including:

What is the Endocannabinoid System?

A bold statement to say that endocannabinoids are an incredible signaling molecule that all vertebrates produce (including us humans of course!).

Initially it was theorized that these endocannabinoid receptors were only present in the brain and nerves, but leading researchers discovered that these receptors are present in virtually other area of the body including our skin, bones, fatty tissue and most of the major organs.
The endocannabinoid system is involved in a wide variety of processes, including pain perception, memory, mood, appetite, stress, sleep, metabolism, immune function, and reproductive function. More is to be discovered as this science is still in its infancy.

What is a Nano-emulsion and Why is it Better?

CBD oils and cannabis concentrates are hydrophobic substances. Poor water solubility results in low bioavailability, meaning only a small fraction of cannabinoids are absorbed by the body. Nanotechnology is set to disrupt the health and wellness industry with higher potency and faster onset at lower doses. Welcome to the new world of CBD nano-emulsions!

Bio-availability will become the gold standard on criteria of what makes a formula like ours “work” in the body. Bio-availability is the degree to which a substance becomes available to target cells. The more bio-available a dose, the lower the quantity needed to experience effects. Which is why you should not pay attention to total milligrams but focus on the bio-availability of the mgs that are provided!

Bio-availability is critically important. The most effective way to increase the effect of CBD without taking more is actually to enhance its bio-availability. Oil-based products like CBD oils and creams designed for ingestion or topical use, have a relatively low bio-availability because the CBD molecule is hydrophobic – meaning it doesn’t mix well with water.

In-Depth, What Exactly is a Nano-Emulsion?

Oil-in-water emulsions are mixtures wherein water is the continuous phase and oil is the dispersed phase, often stabilized by one or more emulsifiers, also named surfactants. These surfactants can be natural or artificial, and they are used to literally make oil and water mix.

Emulsions can be macro, micro, or nano, according to dispersed phase particle size. Nanooemulsions are produced by ultrasonic liquid processors that break the dispersed phase down into 10–1,000nm (nanometer) droplets. These droplets are much smaller than the range for conventional macroemulsions (0.1–100µm), and they can be easily carried through the body by a water-based compound of choice. Practically speaking, the smaller you can break up your cannabinoid, the more it will be able to penetrate your tissues alongside water.
Our ingredient list includes natural emulsifiers that are graded as totally acceptable and non-harmful by the Cosmetic Ingredient Review (CIR).

How Much CBD Should I Take and How Often?

The suggested daily serving size of our CBD oil is 10 – 20 mg CBD per day depending on your weight, and how CBD affects you individually. As we described in the FAQ above, nanoemulsification increases bioavailability. Our airless jar dispenses exactly 10mg of CBD per application. This is comparable to 40mg to 50mgs of regular CBD oil.   We stress getting hormone tested and working under the care of a health care practitioner that is an expert in bioidentical hormone balancing.  There is no one size fits all and individual results will vary.

Is all CBD the same?

What is the Difference between Full-spectrum and Broad-spectrum?

A Guide / An Innovation